The Importance of Non-Compete Agreements 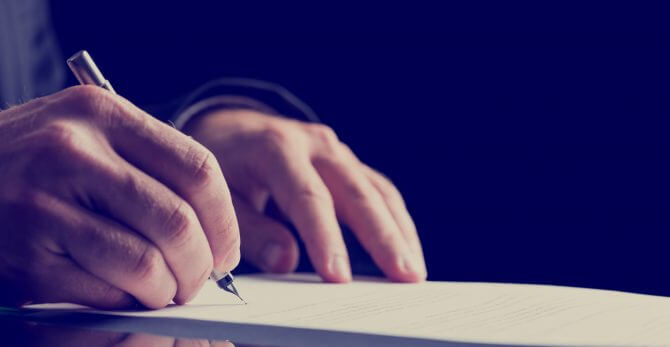 Even among business owners, there is substantial misunderstanding regarding when and how non-compete agreements should be used. If you have ever wondered if you need one, or how broad one can be, this article is for you. Non-compete agreements place limitations on how a current employee can compete with you for customers after they leave your company and go to work for someone else, or even strike out on their own. Certain industries use non-competes more than others, but every small business owner should know at least enough about them to know when one is appropriate.

What is a non-compete agreement?

A non-compete agreement (NCA, for purposes of this article) prohibits an employee from competing directly with their ex-employer after they leave the company’s employ. It is either a contractual clause within the employment agreement or a separately signed agreement. The effects of the NCA depend both upon the scope of the clause or document, and also the limitations that the law places on these agreements. Many disputes over valid NCAs have ended up in court, and over time case law has established limitations and requirements in order for an NCA to be valid. Employers who use them must ensure that they are drafted carefully, specifically, and in accordance with state law. The danger to drafting an overly broad NCA is that a court may choose to simply declare it invalid rather than using judicial discretion to limit its scope. Many employers attempt to draft these agreements on their own, without an attorney’s help, only to find that their business model is damaged when the NCA does not protect their interests or is unenforceable in court. The general requirements for a valid NCA are that it:

How strictly will a court construe “legitimate business interest?”

Courts are not as strict as one would think when it comes to this. Even the goodwill and good business reputation of a company are considered a legitimate business interest. For this reason, an NCA can be used to prevent an ex-employee from attempting to capitalize on that goodwill or even from gaining from the brand recognition of their former employer.

What is considered reasonable for a non-compete?

An NCA must be reasonable in scope, time, and distance (geography). A court considers these to be circumstantial concerns, which means the analysis is very fact-dependent. Most courts will not allow an NCA to attempt to curb competition in a geographic area where the existing business does not operate. In addition, enforcing an NCA that purports to limit an ex-employee’s competition for more than two years is very difficult. In some situations, even two years will be rejected by a court. So, the scope of the NCA should be drafted narrowly but also in a way that is specifically protective of the business’ interests. For example, a court is more likely to uphold an NCA that prohibits an ex-employee from opening a competing pizza parlor in the same town for one year than it is to uphold one that says that the ex-employee may not open any competing restaurant at all for five years.

What sort of consideration is sufficient?

Consideration is a contractual term that lawyers use to mean that something of value was given. In the context of an NCA, the requirement is that the employer give consideration (something of value) in return for the employee signing the agreement. This is important because the employee is being asked to give up future rights – specifically, the right to compete with their employer after they leave. The best time to have an employee sign a non-compete agreement is at the time of hiring, because the law allows an employer to use the offer of a job as the necessary consideration.

Sometimes, employers do not realize they need an NCA from an employee until after hiring. Other times, a low-level employee is promoted to a managerial position that allows them greater exposure to trade secrets and company methodologies, and this new position necessitates an NCA. This means that the employer needs to offer sufficient consideration in return for asking the employee to sign the NCA, otherwise a court may hold it to be invalid – and therefore unenforceable. A promise of continued employment is specifically NOT sufficient consideration, although a payment of bonuses or stock options will suffice. If the employer thinks ahead, a promotion itself can be conditioned upon the employee signing an NCA. In such a situation, the promotion can be considered valid consideration, but only when the NCA is signed first or simultaneously.

The attorneys at Mejias Lindsay are experienced in drafting agreements of all types, and work closely with small business owners to make sure the contents of non-compete agreements protect their legitimate interests while maximizing the chance that a court will uphold the agreement if it comes into dispute. Give our office a call today to speak with someone about drafting this important document for your own business.