The Importance of Non-Disclosure Agreements 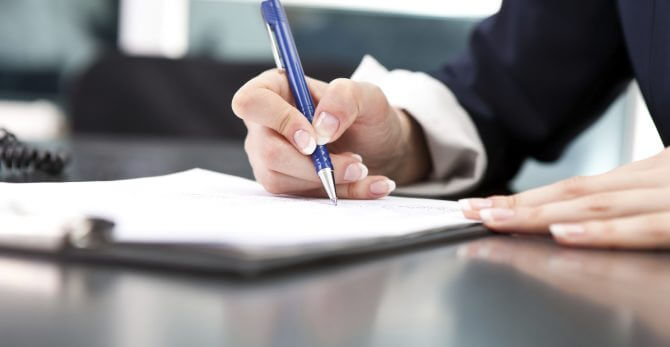 A non-disclosure agreement is often referred to by its acronym, NDA. It also goes by the names of confidentiality agreement, confidential disclosure agreement, or proprietary information agreement. All of these terms refer to the same kind of document. An NDA is commonly used in business to protect trade secrets and proprietary information. When most people hear the term “trade secrets” they think of things like the secret formula for Coca-Cola. Don’t be misled into thinking that NDAs are only used when secret formulas and millions of dollars are on the line. Confidentiality is and should be a concern for businesses of all sizes, and having a properly drafted and enforceable NDA has prevented many an employee or independent contractor from divulging the processes and methods of companies they’ve worked with in the past.

What goes into a non-disclosure agreement?

Much like a non-compete agreement (which you can read about in our blog post here), an NDA is often a separate legal document but can also be found as a distinct provision within a larger contract, such as an employment agreement. The language included within an NDA addresses and limits a person’s legal right to disclose a company’s proprietary information. It creates a confidential relationship between the parties, and gives the company a valuable right to sue if information covered by the agreement is intentionally or accidentally exposed to third-parties.

What sorts of information does a non-disclosure agreement typically address?

An NDA can be drafted broadly or narrowly, depending upon the business’ needs. Generally speaking, almost any information or content can be covered by an NDA, and a broadly drafted agreement will often include a laundry list of information commonly held to be of a confidential nature. NDAs sometimes include a disclosure period that establishes a time period after which the restriction ends, but not always. One thing that an NDA cannot cover is public information. If something is generally known, or can be found in the public sphere, an NDA purporting to hold that information confidential won’t be enforced – at least as far as that particular information goes. The NDA will still be valid as to non-public information.

How are non-disclosure agreements used to prevent the spread of information?

The idea behind use of an NDA is that the threat of litigation will prevent someone with confidential information from disclosing it. However, if they do start to disclose it, the company can sue for damages or even to stop a further spread of the information. For example, a customer list can be considered confidential information protected by an NDA. If an ex-employee or an independent contractor had such a list and started selling copies of it, this would violate an NDA (assuming that an NDA was signed that properly covered this scenario). The existence of the NDA would assist the company in going immediately before a judge and requesting a temporary restraining order, which would be a judge’s direct order to stop disseminating copies of the customer list or face contempt of court.

Are non-disclosure agreements used between businesses?

Absolutely. In addition to being useful in an employee or independent contractor situation, an NDA is also used between two companies or other entity types that are considering doing business together. Often, to facilitate a fruitful business arrangement, each side needs to know about the methods and processes used by the other company. Sometimes divulging this sort of information is necessary even to evaluate whether the two companies are compatible for a project or lasting business relationship. NDAs are essential to protecting the confidential information that is shared of necessity when these relationships are explored. When properly drafted and executed by each side, they facilitate the sharing of information with reduced worry about what will become of that knowledge.

NDAs serve an important purpose in both large and small businesses, and the investment into their creation can pay for itself thousands of times over when one is used to prevent a disgruntled party from leaking sensitive information. Client lists, business know-how, financial information, and business strategies are all examples of confidential information that your business has a right to protect through use of an NDA. The attorneys at Mejias Lindsay are experienced in the drafting and use of these agreements, and advise businesses large and small on how to best protect their greatest asset – their proprietary business information. Contact our offices today to learn more about how we can put our experience in this area to work for you and your company.