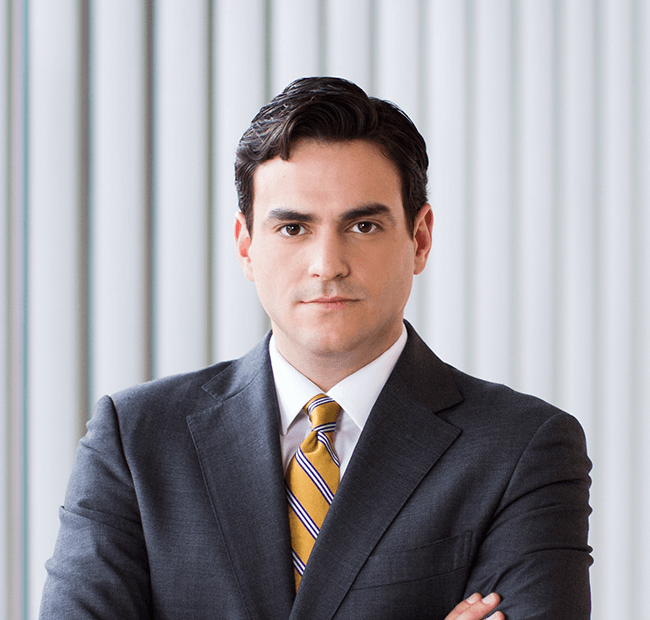 As a founding partner of Mejias Lindsay PLLC, Carlos brings to the firm the drive to help clients obtain successful resolutions to their legal problems. Clients have come to depend on Carlos’s aggressive representation and excellent finesse when handling legal issues.

Carlos attended the University of Texas at Austin where he received a Bachelor of Arts in Government and Spanish Literature. In his time as an undergraduate, Carlos participated in the Texas Legislative Internship Program and quickly rose to the rank of Legislative Director for State Representative Hubert Vo. As Legislative Director, Carlos’s organizational skills and persuasive ability allowed him to champion passage of beneficial legislation for college students across Texas.

During his time in law school, Carlos worked as an intern at Vinson & Elkins LLP translating and summarizing Peruvian, Costa Rican, and Chilean legislation regarding the oil and gas industry. Carlos also interned for the Chambers of Justice Debra H. Lehrmann of the Supreme Court of Texas. In this role, Carlos worked closely with Justice Lehrmann to draft a dissent that ultimately became the court’s opinion.

After law school, Carlos joined Baker Hostetler LLP where he worked on a variety of cases including discrimination claims, complex commercial and trademark litigation, and catastrophic personal injury cases. In February 2016, Carlos and his longtime friend David Lindsay formed Mejias Lindsay PLLC. Just over a year later, Sabari Kumar joined the firm to form Mejias Lindsay Kumar PLLC. Since the inception of Mejias Lindsay PLLC, Carlos has helped victims of negligence in personal injury cases and businesses with legal issues.